I don’t know about you guys, but it seems like I spend almost twice as much time as is necessary to write a text or a post. Half the time I'm hitting this damn button,

rewriting sentences that my phone tries to ruin for me by changing “fucking” to “ducking” and “seriously” to “seruslkljflskl” or whatever other bullshit tactics it’s devised to destroy my patience.

Time for some statistics: The average person spends 162 minutes per day on their mobile device, 86% of that time is with apps, and 28% of that time is on Facebook, Twitter, and social messaging.  I did the math.  That’s about 39 minutes a day.  I think this is a bit of an underestimation, so let’s at least round up to 40.  Let’s say that half of this 40 minutes you are typing words, and let’s also say that half of that time you are DUCKING REVISING WHAT YOU WROTE BECAUSE IT DUCKING KEEPS CHANGING YOUR DUCKING WORDS AND ACCIDENTALLY ERASING WHAT YOU WROTE AND JUST GENERALLY BEING A DUMB HOBAG OF A PHONE!  Do I have fat fingers or something?  FML stupid iPhone keyboard. 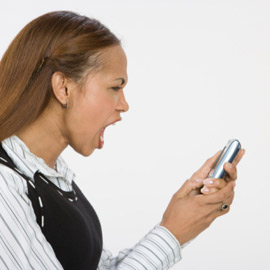 Anyway, here are some suggestions with what you could be doing with those precious lost 10 minutes a day.

READ A BOOK.  Remember books?  They remember you too.  They love the way you smelled when you were new, with your freshly pressed and glossy pages, full of possibility and anticipation.  And now that you’re old, they like that smell too.  You smell like history, like a life well lived, like an old scotch in a worn leather chair by a crackling fire on a rainy night in a musty old library filled with ancient secrets and far-away adventure.  Actually you just smell musty.  You should shower.

TAKE A SHOWER.  Nothing feels more refreshing than washing away the texts and tweets of the day like a good old fashioned shower.  Well, not an old fashioned one I guess.  We wouldn’t want you bathing once a month in the old copper bin by the chicken coop with your mom pouring lukewarm water over your head with a giant soup ladle now would we?

CLEAN YOUR BATHTUB.  We all know you pee in there.

TAKE YOUR DOG FOR A WALK.  Get a little exercise, and give your pooch an extra spin around the block.  You’ll both benefit.  Have a cat or other furry animal friend?  Pet them!  As the name implies!  If it’s something underwater or poisonous, just...look at it.  Look at your fish or tarantula for 10 straight minutes.  Who knows what you may learn.  Don’t have a pet at all?  Look into adopting one at http://bestfriends.org.

EAT A TACO.  Tacos are delicious!  Use your 10 extra minutes at lunch time!  You could probably eat 2 or 3!  Get the al pastor, it’s my favorite.

CALL YOUR MOM.  It’s not that hard.  Just pick up the phone.  You can do it.  Go on.  I’ll wait.  No, seriously, it’s fine, I’ll wait.  I have some emails to catch up on.  I’ll go in the other room...Did you do it?  I don’t believe you- let me see your call history.  Just let me see it!  I knew it!  You’re such a liar.  You have no recent calls.  You’re telling me you sat here and wasted your 10 free minutes pretending to talk to your mom?  I heard you talking to someone!  You are more tragic than I thought.  SMH.

SING A SONG.  Sing. Sing a song.  Sing out loud.  Sing out strong.  When was the last time you sang a song all the way through?  Your drunken rendition of “I Want To Know What Love Is” at karaoke doesn’t count because you sounded terrible and you forgot most of the words.  (How? They are right there on the screen to prevent exactly this!)  Heck, you’ve got 10 minutes, sing a long one--- Hotel California/Stairway to Heaven/November Rain.  Air guitar the solo.  Live your life.
WRITE A HAIKU.  At the end of the year, you could publish a book of haikus!  This could be your calling...
MAKE YOUR OWN LIST OF ALL THE THINGS YOU COULD BE DOING WITH YOUR EXTRA 10 MINUTES.  Do one each day, and check it off your list.  It’s satisfying to accomplish something, even if the accomplishment is just eating a taco.

Now that we know what we want to do with our extra 10 minutes a day, it’s time for the hard part.  It’s time to let all your weird, incoherent and misspelled texts and posts ride.  No backsies!  Who cares if your friends can’t find you at the mall, people think you're voting for Trump or your boyfriend thinks you’re breaking up with him?  They can pick up the phone and call you if they need so much damn clarification.  You’re enjoying your ducking taco. 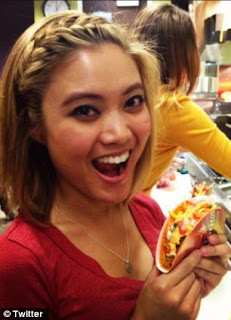 Posted by Kelly and Lindsey at 2:58 PM No comments:

Promote Your Page Too

Kelly and Lindsey are not-for-profit! Make a tax-deductible donation to the arts today!